In August 2014 Christine took her mum and Alex to Jokkmokk to see the place in the flesh, and to meet up with a chap from Future Jokkmokk, who made the move to Jokkmokk from the UK about 10 years ago, and now helps others do the same.

She was well and truly won over by the place – and not just Jokkmokk. She spent a little time in Luleå and a far amount of time on the road driving from Luleå to Jokkmokk, through some wonderful Swedish countryside.

Her overall impression was one of a modern, clean and friendly country that strives to give everyone an even chance to live a good life. Even out in the middle of nowhere in Jokkmokk there were full amenities and services – so much so that you could go out there and live off of the grid, but still have all the mod cons you are used to in a more highly populated area.

One such example was the camping area she stayed in where she had a Facetime (like Skype) talk with me, as she took her phone around the site and down to the lake to show me on the video call what the place was like. Heck, if we leave the house in the UK we lose network connection, but she was walking through woods and by a lake and was streaming high definition video to me. Yup – out in the peace yet still able to connect to the world if you want to.

Anyway, Chris will be blogging about her trip at some point when she has some time – but meanwhile here is a link to the photo album of the trip.

Being a small community you also get that small community spirit that gets sucked out by overcrowding due to the higher percentage of arseholes per metre squared. That being said, Sweden is regarded as one of the top friendliest nations in its own right – so by that rule, a small community is going to be that much friendlier again. Chris found this out when she visited.

Oh, but the weather?!? A typical query from British friends.

Yes, it has weather.

Unlike the UK though, Sweden seems to have realised that in the winter it gets cold and there is snow, and so they are prepared for it. It’s like they’ve realised that this cold weather happens around the same time each year, and they have the infrastructure to deal with it. Amazing.

It also has rain. That is known to happen. It happens in the UK too.

What about sunshine? Yup. Sweden gets that as well. Jokkmokk, being inside the Arctic circle, gets long summer days and long winter nights. Almost 24 hours of sun a day at the height of the summer, and almost 24 hours dusk (not darkness) at the depths of winter.

Compared to England, and bearing in mind it is well within the Arctic Circle, you’d be surprised at how comparable the climate is. Yes, it is a couple of degrees colder in the summer, and yes, it is a lot, lot colder in the winter, but as Billy Connolly once said:

There is no such thing as bad weather; just the wrong clothes

…or words to that affect.

It has a less humid atmosphere and less rain, with less chance of rain, than England for most of the year around.

This graphic shows the difference between the London and Jokkmokk. As an example, in January it shows Jokkmokk has 24mm less rain that London.

There are many other reasons we are heading out that way, and those will be explored in more blog write ups over the next few months. 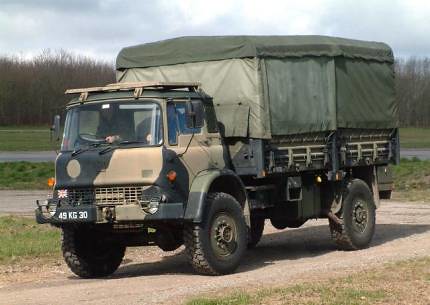