The Road to Jokkmokk 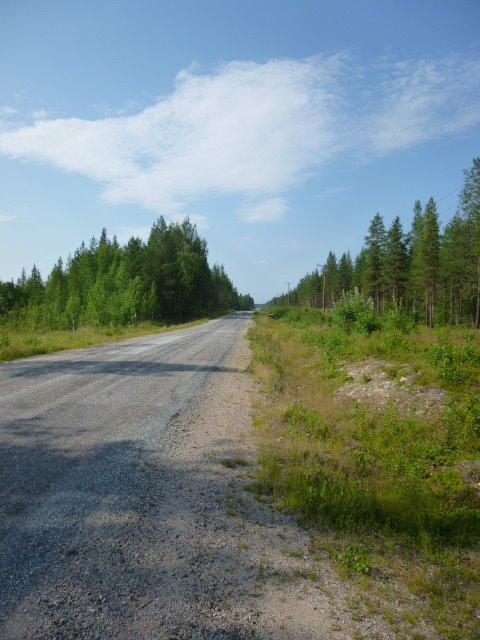 Some time ago we had looked into moving from the UK to Canada. It was the choice from a short list of countries that would allow us (myself and Christine, my wife) more space and freedom.

We were looking to start a family and wanted the best for us all , so we looked at several other options, but our constraint came down to language, climate, property costs, education and health. We pulled all of our documentation together, had the green light from Canada and were all set to change-up a gear and push ahead with the move, but then ironically the purpose of the move was halted by the purpose of the move – To provide a better place for us all meant a stable place to bring up our expected baby – and moving to a new country and starting completely afresh without knowing anyone or anything (much) about the country – was deemed too much to take on at the same time as starting a new family. We regrettably halted the move to concentrate on raising our new family. Too many unknowns with too many changes at once.

Looking back, we coped far better than expected with bringing a new life into the world than we could possibly have imagined, and would’ve coped with the move after all.

So, eight years went by and we’re raising a great lad, but in doing so we realised we did still need to provide a better future for him. We still had the constraints of language, climate, property costs, education and health to deal with, but Canada was now just beyond our reach. Simply moving all of the pets was going to be a huge expense, and the older ones may not have fared so well (a big concern as we love our pets).

Along came my little cousin Wendy who I hadn’t seen for many, many years (due to my twisted mother and family politics). We found each other on Facebook and cleared away the debris of time and long gone family baggage. Finally they got to hear the other side of the stories from the little kid who hadn’t got a clue what was going on back in the day, and was under the impression that the family had completely broken up. Turns out it was just bullshit spouted by my mother who had fallen out with her side of the family and stopped me from seeing them again. Spiteful.

A get together soon followed, where I caught up with my cousins, my uncles and my aunts (and met nieces, nephews and ‘other halves’ of cousins). What a fantastic bunch! I love them as much now as I ever did!

At one of these gatherings I met with my Aunt Wendy (mother’s side), who had long ago emigrated to Sweden and had established a wonderful life with a wonderful family. I didn’t know too much about Wendy (Aunt) due to the past family politics, and the only times I had met her I was too young to really appreciate the meetings because they were simply family gatherings like families have. I wasn’t to know I wouldn’t see her for a few decades.

We chatted and started to catch up with each other; family photos, family trees, and questions that I wouldn’t have been interested in as a kid all those years back. We talked about how she settled in Sweden, and what it was like out there… and slowly I realised that there was a country that had never been on my short list to move too simply because I am an idiot.

After some more talking, followed by a lot of reading, forum chats and eventually a trip by Christine to Jokkmokk (a place in Northern Sweden that we had found that ticked everything we wanted), we decided it was time to kick it up a gear.

A house move can be a stressful thing. There’s so much crap and paperwork to deal with that it can get you down if you don’t keep your wits about you, so you need to keep your head above water and focus. The move is going to be broken down into several key areas – such as getting a house, getting jobs, getting Alex into school and obviously getting there in the first place.

Getting there in itself, due to the nature of Jokkmokk and the surrounding area, is not the simplest of exercises. It’s very easy to visit from the UK – you just fly to Stockholm, then Luleå, then drive West for a couple of hours and there you are – but moving there with pets and all of our belongings (or at least those which we’ll take with us) is a little harder.

Operation Arctic Viking is so-called because we are heading (hoping to head…) into the Arctic circle in Jokkmokk, so ‘Arctic‘ is self-explanatory. ‘Viking‘ in its truest form comes from the Old Norse feminine noun víking, which refers to an expedition overseas.

It’s going to be a long journey…

And that’s where the blog really starts. 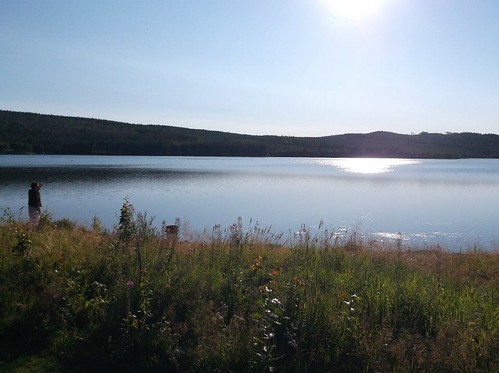